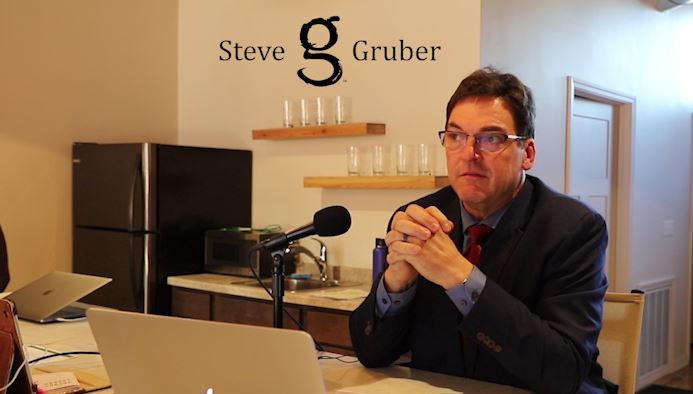 Steve Gruber, an award-winning journalist and host of Michigan’s #1 syndicated morning radio show, recently came to Albion to interview local leaders about reclaiming their city. When Steve asks, “What would you say to other communities who want to follow your strategy?” One community leader puts it on the line: “Get in it for the long haul. Because there are no quick fixes.’’ But he also reminds us that there is tremendous satisfaction when these projects start coming alive. When they’re completed by people willing to roll up their sleeves and do what needs to be done.

And that really is the difference that separates Albion from the countless other small towns that are struggling to exist. The feeling of “You know, we can do better than this. We can make this building better and move on to the next one and make a statement with that one as well.”

Here are the podcasts from Steve’s interviews with some of the community leaders who are leading the new direction of Albion. People who aren’t asking what could happen if they get involved, rather, getting involved to give hope to a new community and a new downtown.

PODCAST 1: WE’RE NOT SO CRAZY ANYMORE.

Why Albion? As Bill Dobbins notes, “It’s complicated, but at the end of the day it had to be done.”
Steve talks with Bill about his strategy to reclaim the city and why this can be an inspiration to small towns everywhere. For Eric, it was the idea of you have to start somewhere. And after the major Marriot Hotel was completed, people saw the momentum and didn’t think this was a crazy idea anymore…

PODCAST 2: WHAT IT TAKES TO BUILD A COMMUNITY.

Amy Deprez, President and CEO of Albion Economic Development Corporation
One store at a time, one initiative at a time. That is Jim’s view helping Albion moving forward. The eternal optimist regarding Albion, Jim sees the community coming together to get the job done.

Amy talks about her role at Albion Economic Development Corporation as a place that serves the community in many ways. Whether it’s helping small business get better, bringing in jobs for an industry, or doing community work, this is what it takes to help Albion move forward both emotionally and economically.

In Steve’s interview with Mauri Ditzler, Mauri believes that “If America is a river, then the headwaters are the small towns. He believes that there has been a transformation in Albion over the last five years, and the college must be a pillar of this foundation. Interaction is key to promote opportunities like Serendipity Learning so that new learning can take place. But for this to happen, accessibility is the key.

John came back to Albion in 2010. As he walked around, the city really left a lasting impression. Maybe it’s something in the water because John was then focused on doing something cool for Albion. The name of the brewery is a tribute to Albion Malleable Iron Works, a point of pride in the community and an industry that put a lot of bread on the table for many people.

A city coming back people willing to roll up their sleeves and get involved. A community not sitting around saying “What if.”  The “What if” is getting involved. And in Albion, it’s making a difference that won’t be forgotten.

In Steve’s closing, he talks about the difference that’s happening in Albion. How leaders are showing people what the possibilities are for the downtown. And how you can change the direction you’re going in if you are willing to roll up your sleeves and get involved.
Look around. It’s not a community sitting on their butts saying “What if.”  The “What if” is getting involved. And in Albion, it’s making a difference that won’t be forgotten.

Next post
Running with a cause: The impact of how helping local communities help the community.